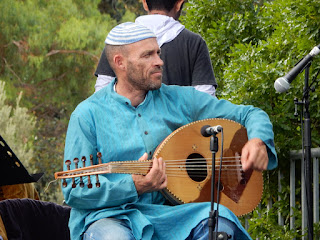 
WOMADelaide is still a wonderful event. It’s still an enchanting world of fantasy for all ages, and still has a magic about it.

Two weeks later: came across this Playing for Change video. It embodies what WOMAD once was.

(This review also published on The Clothesline.)
Posted by Michael at 9:35 PM