I’ve been thinking a lot about the conversation we had about the Corona virus when we last spoke.

You mentioned a letter that Melbourne doctors had written to Daniel Andrews. As soon as I got back to my car I looked it up on my phone. And there it was at the top of the list of search results – from The Australian. The Australian is Murdoch’s flagship and I stopped reading it many years ago because I don’t believe a word they say. In the Australian context one of their primary goals is to bring down Labor governments everywhere, and they don’t let facts get in the way.

The next one on the list with mention of the doctor’s letter was Quadrant – a known right wing, conservative outlet. Interesting I thought. The only other reference to it was in The Chronicle – another Murdoch paper based in Queensland.

Then I searched the three media outlets that I regularly use to get my news – starting with The Melbourne Age.  Independent. Always has been The Age’s mantra for decades – and no mention of the letter.

So I checked the ABC – nothing. Then I checked the Guardian. Nothing. I eventually found the letter via Twitter at https://www.coviddoctorsnetwork.com/

I thought the letter itself was quite reasonable, and I’m not going to quibble with doctors who are working in this field.

But what worried me was the fact that The Age, The ABC, and the Guardian all had no mention of it. (And still don’t today a week later.)

Why not?? Do they think it’s fake news? Not worth mentioning? They don’t want to rock the boat, and present an alternative view? If that’s the case that would make them just as guilty of bias as the Murdoch press.

Whatever the reason it really worries me. In Australia now we are being fed news that is incredibly biased towards one side or another. If I read only the Age, the ABC and the Guardian I don’t even hear about this letter to Daniel Andrews. If I read the Murdoch press and watch commercial news or Skye news I am bombarded with it as part of their usual anti-Labor propaganda. And this is an example of how the whole COVID-19 issue has been politicised. Indeed just about every issue in Australia gets politicised in this same way. Unless you are making a conscious effort to consume news from a range of media outlets you risk being subject to propaganda and I think Australia is in real trouble here.

And of course filling in the gaps is the uninformed and opinionated morass of social media to further muddy the waters ….

Something else you said at our last meeting seemed to suggest that you didn’t think the reports of mass graves of people dying from COVID-19 or mobile freezers in NY being used to help out collecting the mounting number of dead bodies were true.  This quite stunned me.

For the record, media outlets from all sides of politics provide lots of references to what happened in NYC:

And similarly there are countless stories on mass graves for COVID victims from all sides of the political spectrum. I started searching stories about Brazil, but then found reference to similar situations in Bolivia, Iran and even the UK.

I mentioned an article from NZ that I found useful. It helped me realise that as a lay person my opinion on all of this is not worth much. It is just that – an opinion. And an unqualified one at that! The article, from a Professor of Epidemiology, is here if you’re interested.

For all our sakes let’s hope that Victoria is soon through this nightmare.

The Eclipse of Liberalism - Australia 2019 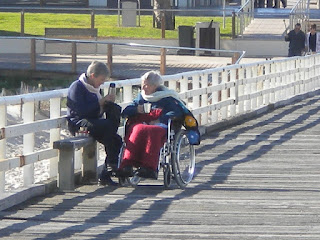