In regard to the current Australian political climate a friend asked, "

So who are these leaders of guts and vision? I'm failing in my attempts to spot any within the political class after that bloody dual citizenship stunt knocked out some of our brightest and best. Some of the fire bosses are shaping up well, but. Genuinely interested in your view, Michael.

Let’s cut to the chase – I don’t know. I could chuck a few names into the ring. I like Tanya Plibersek. Preferably we’d be led by women. But there are far bigger issues than which individuals may have guts or vision. I was intrigued (and saddened) to read the commentary of recently retired public servant, Martin Parkinson on current political life. In a nutshell he believes that our governments are now populated by people who have little or no experience of the affairs connected to their portfolios. There are too many career politicians who have scant understanding of the complexity of issues relating to health, environment, education, or any other portfolio. And this is he says is happening at the same time that the public service is being sidelined. Once he argues, governments would rely on the public service to do the research around policy issues and advise government accordingly. He says politicians now tell the public service to do as their told and implement whatever policy they send along.

He adds that the wheeling and dealing of current political life means that any MP that makes it into cabinet is unable to actually do anything substantial because they are too encumbered by the deals they have made to get them to where they are.  Everybody is in everyone else’s pockets. He suggests the whole system is broken and needs rebooting with an entirely new political class that come into parliament with a view that they are there to collaboratively govern and improve the quality of life for their constituents. He believes this was a reality not so long ago but that this shared overarching bipartisan principle has been replaced with blatant tribalism. 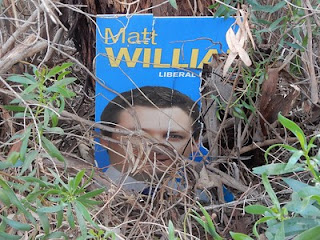 About a year ago a nationwide poll asked thousands of Australians if they believed what politicians said when they spoke in the media and a staggering 90% of Australians responded no. So, 90% of our population acquiesce in the fact that we are run by people who lie and deceive and then insouciantly go along at election times and vote for these very same liars. Que??? It makes no sense.

Our democratic system is broken.

Add to this the fact that both major parties (the root cause of most of these problems) have lost any deep connection with their traditional voters. This is particularly so of the Labor party. Their whole raison d’etre of existence – the working class, class struggle, unions – has all but disappeared. The working classes have merged into the ever-expanding middle class and have become part of the so-called ‘aspirational voter’ bloc. They’re not interested in class struggle anymore. And the Liberal party is no longer a liberal party but a deeply conservative entity that has shifted a long way to the right.  The result of all this? Vast numbers of the Australian public no longer feel that either of the major parties represent their views.

When I lived in Holland many years ago I was puzzled by the proliferation of minor parties that made up the government. I see now that that is a better system – such coalitions represent more points of view, everything must be achieved through debate and compromise, and the cult of the individual is much reduced. (They don’t vote for Morrison, or Shorten, or Hanson. They vote for parties that represent their views.)

So perhaps searching for leaders with guts or vision is the wrong way of approaching our current malaise. Politics has to return to something that will appeal to and attract those who have good ideas, want to work in harmony with all elected representatives, and have no interest in personal power. Sadly I can’t see it happening anytime soon, but that is the subject of another post – how does one retain a spark of optimism among this dysfunction and the relentless 24/7 bombardment of the population with fake and bad news
at January 10, 2020 No comments: