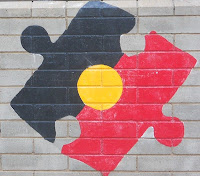 My previous post generated some interesting discussion elsewhere about being disconnected from culture and racism. My response:

In an interview with Leonard Cohen not long before he died the interviewer was trying to get Cohen to state which side of the fence he was on in relation to a number of issues but Cohen would not be drawn. He said that he had learned for people to outline their points of view and present them as an alternative and better option wasn’t very helpful. Better he said to learn what we have in common and enquire of the other how they’re feeling about things!
When I was a teacher at Marymount an invited Aboriginal speaker looked out the window of the school hall and told the kids, “See that tree out there? That tree and me are the same thing. There is  no difference between that tree and me. I am that tree.”  We all thought he was quaintly mad of course. But I have heard similar sentiments from and about Aboriginal people many times since over the years and I have learnt to accept that I can and never will understand the deep spiritual connection Aboriginal people have with land. Their own patch of land. Remove an Aboriginal person from that land and you remove that person’s reason for existence.
But we as non-Aboriginal people just have to accept that we cannot and never will understand this. Our culture and world view is just too different.
When I studied Aboriginal culture as part of my Masters years ago Stephen Harris, an Australian researcher into Aboriginal culture, said that if  you searched the world for 2 groups of people who were the most different from each other you would choose white and black Australians. He thought it was a cruel irony that two peoples so different from each other ended up having to share the same piece of land!
As for racism, I’ve come to believe that my opinions about racism as a privileged white person are largely irrelevant. Only the opinions of people on the receiving end of racism count. 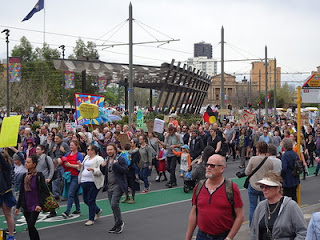 The Black Lives Matter movement has spread with a vengeance to Australia. Given the appalling record of treatment of Aboriginal people by policing authorities here over several decades this is hardly surprising. Australians were quick to show their solidarity with black Americans and capitalise on the worldwide outcry over the murder of George Floyd and large Black Lives Matter (BLM) rallies were organised for every Australian capital. Admirable and understandable, but the timing is tragically wrong. Still dealing with the COVID-19 pandemic the Prime Minister and chief medical officer urged people not to take part. Large public gatherings of this kind are notorious for allowing viruses to spread, but people turned out in their thousands.
In another time with no pandemic hovering over us I’d have been there too. But this was a time when something bigger is at stake. It’s not about me. It’s not about people of colour. It’s about the entire community. History provides examples of how such large public gatherings enabled pandemic viruses to launch a second wave (Spanish Flu 1918).
To their credit BLM organisers urged everyone to wear masks and practice social distancing. In QLD police actually handed out masks to those who needed them. And from all reports crowds in all states did for the most part practice social distancing. But it’s the 10% who didn’t who are the problem. They may have infected those around them and tracing those they have been in contact with could be a nightmare – even with the COVID-19 Tracing App.
The night before the demonstrations arch government conservative Matthias Cormann went on TV to say that he thought BLM protesters were being selfish. Normally when this man speaks I cringe and revile at his manner and opinions. On this occasion I found myself quietly, embarrassingly, thinking, ‘I agree with him’. BLM protesters put the legitimate concerns of a section of the community above the needs of the whole community. In 10-14 days’ time we’ll find out if we are to be punished for that selfishness. It may be the virus is so scarce in Australia that these mass demonstrations won’t make any difference to the number of cases. If so, that would be miraculous.
In the meantime BLM organisers and the AMA are asking all who took part to self-isolate for 14 days. I wonder how many will. Right now I’m angry about it. I feel the BLM marches have jeopardised the health of the entire community and acted to ensure that the economic recovery required for all those who’ve lost their jobs will be put back several weeks – if not months. And more people could die unnecessarily. But I really hope I’m wrong. Check back with me 2 weeks from now ……

I started to tear up from about 20 kilometres out. I started looking at the landscape as it may have been in 1838; tried to imagine how it might have looked then. I tried to imagine Aboriginal people wandering the land as it was and was just overcome with the realisation that it was THEIR land. In a way I had never really grasped before. And it has been taken from them. So I was already filled with a deep sadness before I arrived at the Myall Creek memorial.
Happily (for me) there was no one else there. Just a dusty carpark with a sign pointing down a winding track. I reached the monument and just let it all wash over me …..
Off and on over the years I had heard tales of Aboriginal massacres. Like many Australians I imagine I just somehow pushed the information aside with thoughts like ‘it was a long time ago’ or ‘it wouldn’t  have been that many people’ or ‘it was just the same as what happened in many places where the New World met ancient cultures’. An inevitable consequence of progress or something. It didn’t really have much impact on me.
But I have now read Henry Reynolds’ work. (The Other Side of the Frontier, This Whispering in Our Hearts). Reynolds lays bare a tale that has been ignored for more than 200 years. And the most recent research reveals that at least 6,000 and up to possibly 70,000 Aboriginal people were killed during the first decades of white settlement. We will never arrive at a finalaccurate figure; suffice to say it was in the thousands.

What sets Myall Creek apart is not the fact that a group of Aboriginal people were killed there in cold blood. That, it turns out, routinely happened all over the land – but in this case witnesses came forward and at least some of the perpetrators were tried, convicted, and hanged. So while the simple monument at Myall Creek was created to honour the memory of the 28 people who were killed there, in the shameful absence of memorials for the other tens of thousands who suffered a similar fate, it also stands as a de facto monument for all of them, and is a stark reminder of the fact that white Australia has yet to fully reconcile its past. 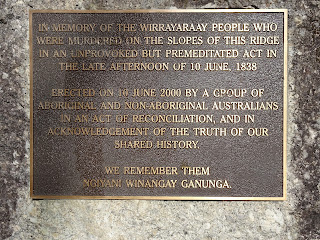 The fact that white Australia has yet to confront and accept this part of our past is sickly ironic in the light of our obsession with the “Lest We Forget’ mantra for soldiers who fell in wars.
As far back as I can remember I heard about ‘the Aboriginal problem.’ As I grew older and lived longer I came to understand the complexity and depth of this ‘problem.’ I don’t know the answer but I still see evidence of an ongoing, persistent trauma that has reverberated down through the generations. As Stan Grant says in his recent documentary, TheAustralian Dream, it’s hard not to inherit the DNA of trauma, and as long as that trauma persists there will be cultural breakdown.
And I have a longing to quieten the whispering in our hearts that Henry Reynolds speaks of. To once and for all reconcile our past with our present, and publicly acknowledge what we did to indigenous Australians. Perhaps this kind of meaningful reconciliation just might act as a circuit breaker and lead to Aboriginal Australians once again feeling like they belong in their own land. Feel as if they are respected. Valued.
Right now I suspect many of them don’t feel any of these things.
Australians need to talk about this stuff. We need to know the truth of our past. I taught Australian history in schools in the 80s and found no reference to the events that Reynolds writes about. These materials – letters, newspaper articles, public notices, church correspondence, reports to the British government, all documenting decades of atrocities, have lain hidden and ignored for two centuries.

Gradually I experienced the central truth of Aboriginal religion: that it is not a thing by itself but an inseparable part of a whole that encompasses every aspect of daily life, every individual, and every time – past, present, and future. It is nothing less than the theme of existence, and as such constitutes one of the most sophisticated and unique religious and philosophical systems known to man. (Richard Gould, American archaeologist, quoted in Deep Time Dreaming.)