A Blot on Our Cultural Landscape

Bucks (or A Bag of D*cks)
Mainstage in Bakehouse Theatre, Mon 27 Feb 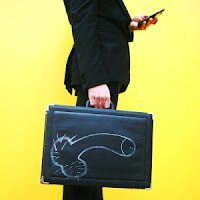 The scariest thing about Bucks (or A Bag of D*cks) is it’s very close to the truth. Anyone who has spent time in male dominated sporting environments for example, may well recognise many of the behaviours in this menacing show. The uncontrolled substance abuse, the bullying, the fake bravado, the repressed gay character, and the reluctance to genuinely confront issues with honest conversation is a sad reflection on Australian male culture that one hopes is becoming less prevalent.
The bucks party though is still alive and well, and in this instance involves subjecting the buck to a range of demeaning behaviours in some weird twis­­ted idea of being a good mate, being a good sport, being willing to have a laugh where in fact it is a degrading exercise in ritual bullying.
The 5 male cast members run amok in Bucks, and create a sense of mayhem and chaos with high energy drug fuelled dysfunction. Old scars resurface from unresolved differences and disagreements are met with denial or attacks on the accuser with little regard to the truth of a matter. It’s all about being tough, and it’s a toughness born of fear – fear of being vulnerable, or looking weak or sensitive. A fear of honestly confronting reality and dealing with opposing views in a rational way.
Bucks (or A Bag of D*icks) is a great combined performance as they generate a sense of palpable fear. There is a sense of relief as things come to a close even though everything is still unresolved. You can imagine the characters meeting again months later and having a laugh about ‘that crazy bucks party’ while still not confronting the issues of fear, repressed sexuality, and the bullying it revealed.
This show should be shown in schools across the nation for boys to examine and question what is going on and why, and for girls to get a glimpse of just how ugly and threatening the macho world of the Australian male can be.


Not all Australian men are like this of course, but these types do exist. Hiding behind notions of mateship and with misguided ideas of what it means to be a man, they’re a blot on our cultural landscape.

(This review also published on The Clothesline.)
Posted by Michael at 11:31 PM