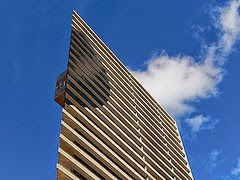 The art of mentalism continues to be a regular feature on the Adelaide Fringe program, and Phillip Escoffey is back again after a hugely successful run at the 2011 Fringe. And if tonight’s show is any indication he’ll repeat the success this time around. And he deserves nothing less.

Escoffey is a consummate performer. Not only he dazzle his audience with an astounding array of mentalist ‘tricks’, but he also provides a humorous running commentary that is the equal of many A-list comedians. It all adds up to an immensely enjoyable experience.

As these kinds of shows dictate, the audience is a key part of the action. The appeal of a mentalist performance is watching them work out what the chosen members of the audience are thinking – what numbers they choose, which card, which seat, which page of a dictionary – all quite trivial details in the overall scheme of things. But what is far from trivial is how mentalists seem able to either guess what we’re thinking, or use some process of thought transfer to influence our choices.

At regular intervals Escoffey decries the notion that he’s psychic. So how can he know which card you’d pick from a closed deck of cards? Can he read minds? Put thoughts into your head? Or he is simply a clever and manipulative cheat? Or is it a combination of all of these?

A hilarious send up of Tarot card readers is priceless, and then is nonchantly followed up with a stunt where it appears that he is indeed able to predict the future!

So how can he so accurately predict what we are thinking? And do we need to know? Quoting Douglas Adams Escoffey asks: “Isn't it enough to see that a garden is beautiful……?” For me it is. For others, this show will be the start of long conversation about whether he is indeed psychic or just a conman. The answer is far from clear.

It’s wonderful to have your preconceptions about reality profoundly challenged on your average night out ;)  Escoffey is an extraordinary talent. You will have a ball. Fantastic entertainment. World class.