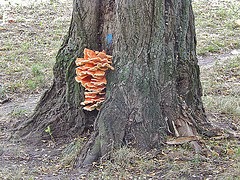 About 7 months ago  I left the organisation I had worked with for 25 years. I turned 60 two months later. Until late last year (2013) I had assumed I would continue working in that job until around 65. But things moved rapidly and 6 months later I was unemployed. I chose to leave. I did not retire. Between jobs as they say. And I learnt a great deal very quickly about myself and life.

Initially, for a brief time, the freedom of being unattached was intoxicating. The intoxication was slowly replaced with a far more sober reality that took me a few months to work through. What follows is in no sense of regret. I'm glad I left my job. But realisation #1 was I MISSED THAT JOB! In truth this was no great surprise. I had often told people I had one of the best jobs of anyone I knew. But it had reached a point where I could no longer work for my employer with a clear conscience.

Realisation #2 - my world shrunk. I had a reasonably high profile job that meant that I was in contact with a lot of people in the average week - via email, phone, or face to face conversations or meetings. I'd guess around 50-80 people each week. When I stopped working I had contact with less than 10 people a week. My job was also quite mobile. I would routinely visit several locations a week across the whole city. In the weeks after I quit my job this often was reduced to 'the shops' , and nothing else. Many many fewer people and many fewer locations. My world had shrunk quite drastically.

Realisation #3 - hobbies were no longer hobbies! I have never had a problem filling in my time. Throughout my working life I had to squeeze in music, gardening, travelling, sport, theatre, writing, walking, photography, technology. ....Mostly I did manage to fit these extra-curricular activities into a busy and full life. Now subtract the job. You'd think I'd be rapt to have all this extra time to enjoy these other pastimes. And initially I did. But you see, like I said, I hadn't  retired. I wanted to keep working - I just wasn't sure what it was I wanted to do. So something unexpected happened to my hobbies. They stopped being something I did in my spare time, and became the things I did! And, consequently I began to see each one of them as a potential job, or at least a money earning activity. So... I should practice this guitar piece more, or I should take this more seriously, or I spend so much time doing this I need to work out how to turn it into a part time job, etc. Nothing was purely for pleasure anymore. Things I had enjoyed doing for decades whenever I could fit them in had become weighed down with a sense of responsibility. Quite sad, and all in my own head I realise, but that's what happened.

Realisation #4 (and perhaps the most important of them all) - I had become a creature governed by the recurring rhythms of terms and semesters and holidays - all with their own annual reliability. Always a few weeks holidays at the same times each year. But one always worked in May. I worked in education, and really had no idea how much I had become a creature of its annual cycles. I have always worked hard. But there was always a break just 10 weeks away even if you didn't take it. But psychologically it was there and you could take it if you wanted or needed it. Go  away for a couple of weeks at the end of September if you wanted. And you knew when these breaks were years ahead so you could plan to travel at a set time. Or again, if you felt like making a snap last minute decision to go somewhere there was no stressing about when you might go - that was already decided for you by the pre-ordained holiday dates. But now you're between jobs. What if you decided to take a week off or  book a flight to somewhere and someone offers you work at that time?

The longest break you get in the education world is 5, maybe 6 weeks. (Yes I know much longer than most get but that's another story...). So about  6-8 weeks after I left my job I was ready to work again. 25 years of conditioning had unknowingly  turned  me into this creature who needed to work because I'd had a 6 week break.

Realisation #5 - my identity was intimately connected with my job. I began to feel like I didn't matter so much; that I was less significant than before. I wanted to work and couldn't. I looked longingly at people who had jobs - any job - and thought how lucky they were! I wasn't as important to myself anymore either because I was getting no validation from others that I was doing something worthwhile for them. No pats on the back; no requests to help out with various tasks; to address a meeting; to join a team for a temporary project. Very few people were asking me to do anything. There was no expectation that I would do anything. So all  the  motivation to keep abreast of current practice, look for work, maintain contacts with your persona l learning network had to come from within. Only intrinsic motivation was left to keep you moving. All those people you saw in the average week of your working life had moved on and no longer required your assistance.

Realisation #6 - I was not as self-contained as I thought I was. I needed the company and recognition of others to keep me performing. I'd had it for so long I had ceased to recognise its importance in my life. I thought I was driving myself along kind of under my own steam and that was far from the whole story!

Realisation #8. Actually this is more of an assumption than a realisation, and it may not be entirely accurate. I assume that people who plan to retire, and who have known for some time when they will stop working, would not go through all the angst that I have experienced  these last 7 months. They would be planning what they  were going to do and anticipating with great pleasure a time when they can realise their post work dreams. When post work life is upon you suddenly it is an entirely different ball game. I now have a greater appreciation for what those who are suddenly made unemployed must feel.

I have found bits and pieces of part time work that I am enjoying and this has helped me establish a new rhythm of life. I accept that I have to make things happen on my own, and that I can't rely on the inbuilt supports (people, activities, projects) that a long term job provides. And I am now feeling like I'm ready to take on something new - whatever it may be.

Michael, I left a lengthy comment yesterday but it seems to have vanished. I cannot now remember exactly what I said. I was musing that, in the past few months, I have realised how long it takes for DEEP change to emerge as a new integrated self. The process of identifying, understanding and responding to the new stage/chapter/identity is a messy, testing, surprising one, certainly not smooth and straightforward. For me, the key is knowing the soul food I need along the way...

I shall think some about what exactly is meant by soul food here :)