Last weekend a group of people gathered in a house in Sydney and did something remarkable. We talked. For around 14 hours. We started out at the Sydney Writer's Festival to feed on some ideas - we went to sessions on making things, and resistance.

They were good starting points. Among the many common threads we explored in these two days of conversation, one of them was a feeling that we have collectively become disengaged from many of the basic processes of life. At the making stuff session the two panellists sat there and knitted and crocheted while they talked. I remembered a distant past when I knitted when I was about 8 years old. Crocheted too. I made a scarf I remember. But I had forgotten that I could do this once. And enjoyed it. Yes I played football, went fishing and did a heap of other stuff more  'normal' for little boys, but somewhere I fitted in the knitting.

I sat ruminating about the fact that I don't make much in my life - the occasional meal, but no permanent objects that you can see or hold. My excuse has always been that I sing. I make music - not solid or touchable but real. I write songs. But we are quite disconnected from where things come from in the city. Where things are grown, made, touched, loved - we walk into a shop and buy what we want with little thought of where it came from or who made it. So to see two people sitting there making something while they spoke seemed almost spiritual. It wasn't like that when I used to watch my Mum knit. And it also seemed that what was once politically incorrect and held back the advancement of women, had become cool again. Knitting is now politically correct. (You just have to live long enough!)

The other session featured speakers talking about researching or being part of a resistance movement. Reality is subjective but hearing the stories of Timorese women in the face of an occupied armed force it was clear their life was a much harder reality than the life we experience in comfortable gentle middle class Australia. (I love Australia for this!)  But what good is comfort and gentility if you feel angst living amongst it? There were plenty of positives among OUR stories over the next two days but it was the common thread of angst and concern - about our personal and professional lives and the society we live in - that brought us together. To talk. Without explicit goal. To listen. To whoever was talking about whatever they wanted to talk about. 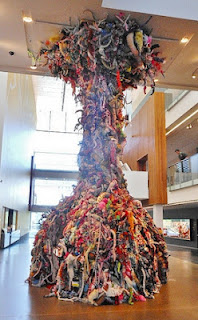 Community, or lack of. Loneliness. Frustration. Living on the margins of a society whose demonstrated values as evidenced by our mass media and those who supposedly lead us are at odds with how we feel. The OccupyMovement, Transitions Towns, ­ the protests in northern NSW against coal seam gas, the Men's Shed movement, and their antithesis - the moribund nature of our major political parties. Some of us feel disconnected, lonely even. Concern at the apparent lack of care for the well being of ordinary people in the face of cold hard economic rationalism that places less and less store on supporting lives that nourish the soul.

We went walking in the late afternoon and continued talking, but I was distracted by the potential of photographs in the 'long light'. Back at the ranch over pizzas the talk continued. When it came my turn to talk I kept it outside of myself - not too personal. Maybe I hadn't let go enough. But when it came John's turn he decided to lay it on the line and declare 1) that he no longer believed in God and 2) he felt lonely. I could certainly relate to point 1) but it had not troubled me. Thinking about it now I see a certain irony in believing that God was a part of an earlier evolutionary version of humanity and that we no longer needed it. The church in times of yore provided that communal link that brought people together, gave them a common sense of purpose. So if we have evolved to a point that the idea of God or church no longer makes evolutionary sense, what do we replace it with? What structures need to be in place to provide the solace and company that people still need if they forego religion? Perhaps the kind of event that we inadvertently stumbled on and were engaged in - an opportunity for people to speak their mind and share their feelings in a situation where time was not a factor. This was the thing that blew me out about this gathering - we talked for hours. Slow talking. No interruptions. No having to get somewhere for the next engagement of modern life. We turned back the clock and shut down the 21st century. For the most part we ignored the Internet and its disembodied connectiveness. We opted to be with each other for an extended period and listen to each other.

The conversation began again in the same mode the following day but it was not quite the same. It rained all day and prevented us from moving outdoors, and we knew the day would come to an end when we all had to move to wherever we needed to be next day. But for a day we let time stand still. We opted out of the business of appointments and getting things done. We decided to get nothing done except talk to each other. Priceless. Enervating. We must do it again.

If we were happy with the way the world is I wonder if we would have talked together for so long....:) Robyn, Stephan, Rose, Sean, Margie, Melanie, John - thank you.